Ceramic Easter eggs, a tradition that comes … from tradition

Easter is coming and for many, in Italy and in the world, it will not be the “usual” Easter. However, the moment of difficulty that we are going through for the Coronavirus emergency must not make us forget our origins and man’s natural aspiration for beauty. For this reason, also this year we offer you some images of the ceramic Easter eggs that we hand-painted for the occasion: small gift items that come from a tradition of our territory, ceramics, and convey another tradition, that of the Christian holidays of Easter. 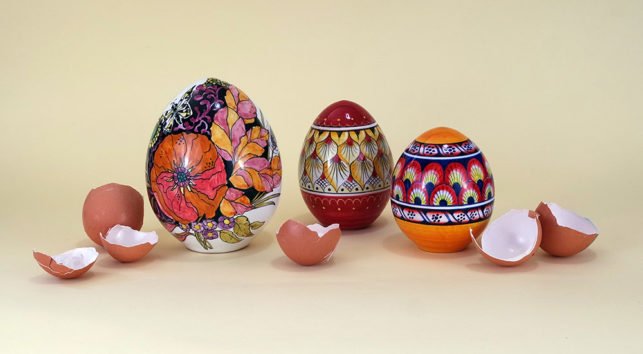 Why do you give Easter eggs?

Before tackling the origins of a custom still in vogue, it is good to know that the symbolism of the egg has ancient origins: according to some pagan populations the egg represented the union of heaven and earth, while the Egyptians considered it the center of the four elements (earth, air, fire, water). The egg is also considered the symbol of life.

Documents attest that the gift of eggs was customary among the ancient Persians; these were simple chicken eggs exchanged in early spring, when nature was reborn.

With Christianity the egg becomes a symbol of the resurrection of Jesus from the sepulcher. In fact, in the Middle Ages it was a popular tradition to exchange (real) eggs for Easter as gifts, also decorated with drawings and dedications; instead, nobles and aristocrats circulated silver, gold, platinum or decorated eggs.

The chocolate eggs that we are used to exchanging today, however, were born in the early eighteenth century when the Sun King Louis XIV commissioned cocoa cream eggs from the court “chocolate maker”. 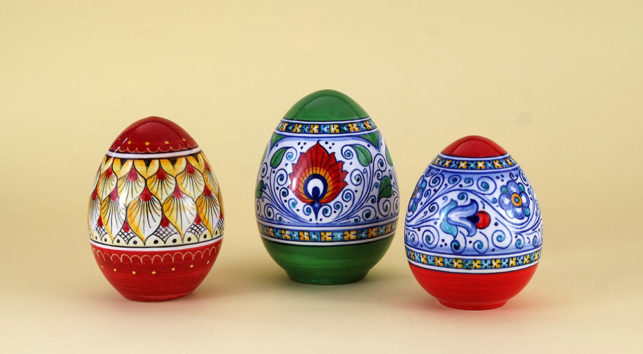 There are at least two versions circulating on the idea of inserting a surprise in Easter eggs.

There are those who attribute “the invention” to the court goldsmith of Tsarist Russia Peter Fabergé, who at the end of the nineteenth century made precious matryoshka eggs for the tsarina. A platinum egg glazed in white contained inside a golden egg which contained a reproduction of the imperial crown and a golden chick.

Another current recalls that already in the eighteenth century in Turin it was customary to insert a small gift into chocolate eggs. So it could have been the Piedmontese master chocolatiers who launched the Easter egg fashion with surprise.

And with this ends our brief historical excursus: we just have to wish you a Happy Easter and leave you at our gallery of Easter eggs in majolica! 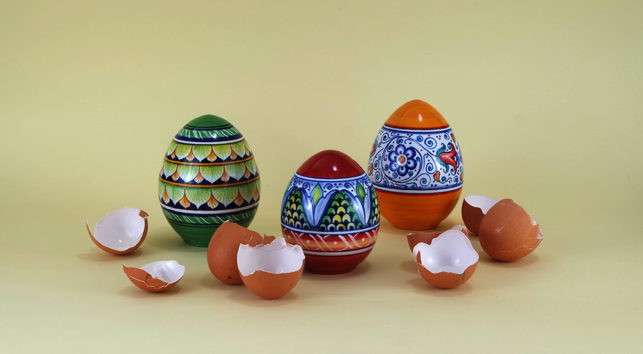 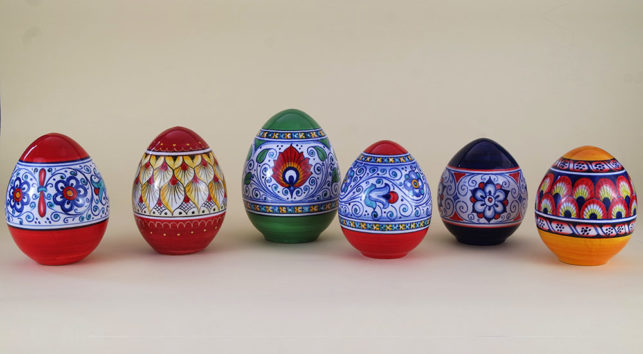 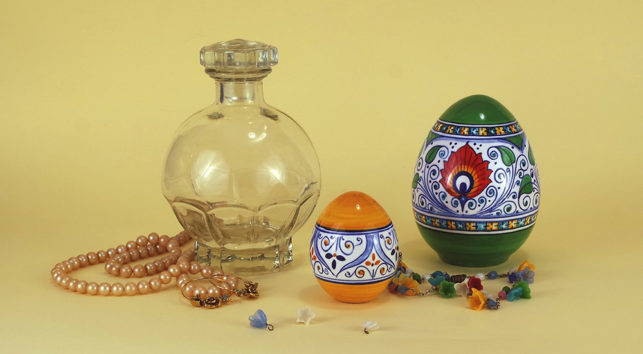 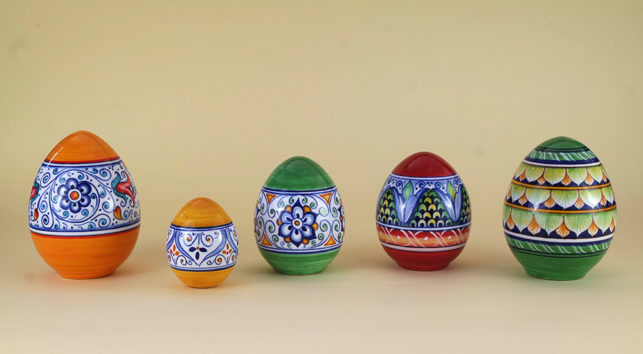